When I first had Pea, I really wanted to move out of the city (i.e. New York City). I was lucky enough to be working for an extraordinary organization (PopTech) in their Brooklyn office but the company is originally based out of Camden, Maine. If you haven’t been to Camden you are missing out on possibly the most picturesque town in the United States if not the world, and that is only one of its many qualities. 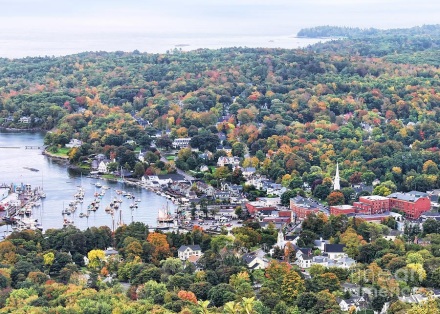 I’d been there plenty of times but never with my eyes open to what it would be like to live there. After spending a little over a week with my husband, we both felt the town was, well…I guess at the risk of sounding un-P.C. I’d say it was simply too white for us. Having grown up in New York City, surrounded by every ethnicity under the sun, I felt odd not having more diversity around me. I was so fortunate to have grown up in somewhere where I was regularly exposed to most cultures under the sun and I wanted this for my daughter too. The decision broke my heart as I desperately desired to live in this wonderful, kind, smart, and creative community.

Fast forward a few years and a lingering economic crisis drove us to South East Asia. Our first stop was in Singapore, a city-state renown for its diversity with four official languages (Mandarin, Tamil, Malay and English) and three official ethnicities, discounting the large number of other immigrants bringing a whole host of cultures and languages to the country.

I’ll remember the first time Pea noticed a Bindi on a woman chatting with two Muslim friends wearing headscarves. Given the muslim population, Pea was used to the scarves but had never seen a bindi before. I was picking her up from her local nursery and she was quite tired and grumpy as we sat on the bus in traffic on the way home. The woman with the bindi not only offered her a sweetie (a way too common occurrence in Asia and it’s rude to refuse) but the whole pack. Pea, absolutely thrilled with her generosity, started paying close attention to her and turned to me to enquire about the red dot on her forehead. Taken off guard, I am not sure what I replied but I am guessing it was something along the lines of it is part of her culture or religion. I don’t know if I mentioned India. I think I didn’t which leads me to wonder if she posed the question to someone else as, a couple of weeks ago, she kept sticking these small little heart stickers on my forehead and saying: “ok Maman, now you are Indian.” And of course Bindis are increasingly common and are no longer restricted to Hinduism which leads me to my next point.

With young kids, it can be difficult to explain things, especially if you are a stickler for accuracy. Often, it can end up requiring too much information not to mention the awful realisation of how much I know or am even quite sure about. For example: when I started writing this article, I thought only Hindus used Bindis. I now know otherwise –I am including a couple of links here and here on the subject– but as a researcher and someone suffering from rigouritis, my toddler’s incessant stream of questions frequently comes close to making my head explode as I try to fully acquire all the necessary knowledge to answer. G-d I can’t wait until she can read and I can simply point her in the right direction.

I know I’ll have plenty of time and opportunities to add in layers of complexity and, to date, I haven’t specifically tried to knowingly expose Pea to different cultures since she is bathing in them all the time. Instead I find myself trying to reinforce her heritage cultures. I do look forward to being able to travel more to expose her and her sister first hand as well as continue to mine all the wonderful resources from other multicultural parent bloggers such as the ones taking part in this wonderful new monthly cultural blogging carnival which is due out on around the 10th at Vibrant Wanderings.

Personally, I am still getting to grips with all the different Asian cultures and holidays. We’ve been living in Thailand now for nearly a year and I still find it magical to pass the orange clad monks making the morning alms rounds as I cycle little Plum to her nursery. 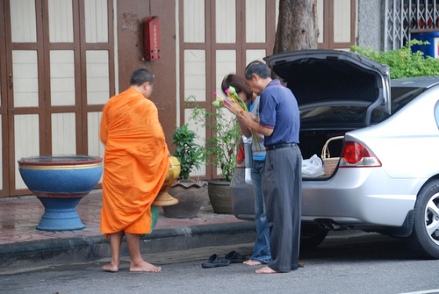 I also still long for certain types of diversity missing here. I’ve nearly got myself into some awkward situations as I couldn’t help but break out into a massive grin and stare at the few Black men I’ve encountered who thought I was flirting with them when really I was just so grateful to see someone neither White nor Asian.

Readers, please note that I stalk Latinos too, another rare sight where I am and am persuaded there is some Facebook group somewhere posting warnings about this crazy Farang (term used here to describe foreigners usually of European descent) lady following with eager eyes and a stupid grin plastered across her face.

And I must remember to check the mirror before I leave the house. I now understand why people were staring at me for our 30 minute walk through our neighborhood to the music/ballet school, market run and journey home. I wonder what they thought about my puffy rainbow heart bindi!

9 thoughts on “Bindis and Buddhists: How my girls see the world.”