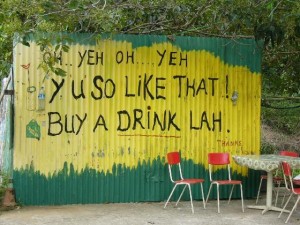 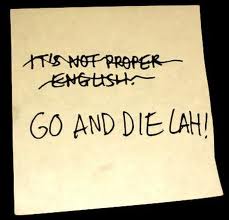 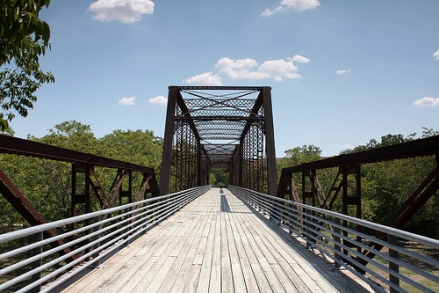 Having watched my brother pressured out of raising his son with a second language, I was determined to do my due diligence on bringing up children bilingual and possibly trilingual before my first daughter was even born.

I will be forever grateful to the parents who responded to my post on our local Brooklyn listserv about the challenges raising bi & tri lingual kids – and particularly to Ellen S for suggesting I consider using sign language. Though she herself was raising her kids with one language, she explained that it would be helpful bringing the languages together and facilitating communication with our child.

It’s funny how sometimes you hear about something and you think ‘yes I can see why this would help’ and then it’s only later that you realize you had it completely backwards. In my case, I thought sign language would help P understand us and learn new words in the different languages.  So if I said more in french and did the sign, she would recognize the sign and hence understand the word. I don’t think this was the case and I’ll probably never know. But it doesn’t really matter as sign language ended up helping us in a way we had never even considered though it now seems obvious with hindsight!

As it turns out sign language was key in helping us understand our daughter versus her understand us! What we hadn’t considered is that once she did start to try to say words, we would have no idea which language she was using. We’ve all experienced moments trying to understand someone else’s toddler or even watched parents, as their children chatted away, nod to them in agreement only to casually turn back raising their eyebrows stating they had no idea what their own child had just said. Sign language was really a bridge not so much between the languages but of communication between us and P. 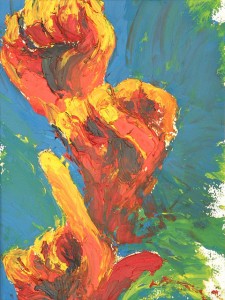 We opted to use American Sign Language or ASL as we were living in the States so the resources were plentiful. I had really hoped to join one of the many popular sing & sign classes but was never able to find a time that jived with my work schedule. In the end we turned to Signing Time DVDs. These are wonderful as, in addition to teaching both my daughter and me signs effortlessly, they were fun to watch and a great distraction for her when I needed a quick break…. shower, dishes, dinner etc without inducing intense guilt of using TV as a passive babysitter.  (I should perhaps worry that her first words, ball & car,  were in english and were clearly from the DVD as my husband and I had never uttered them. Crikey I don’t even have a driver’s license let alone a car!  We perhaps liked our DVDs a little too much -d’oh!)

Embracing sign language was life saving for us. P was a late talker, which for a long time I attributed to the multilingual household though now I am not so sure it was a dominant factor (more on this at a later date), and using signs helped us not only communicate with her early but more importantly, it was the single most important tool to help us decipher her first words for the first year or more.

My only regret is that we didn’t continue broadening our sign vocabularies as we still have to work to figure out P’s new words. In a bid to learn from our mistakes, we are reviving signing in our household with the arrival of C at the start of September who, unlike her sister, was already a little chatter box at the ripe age of 7 weeks.

My closing note is my one major unanswered question I have regarding the introduction of sign language. Should we just introduce 1 or 2 signs until the child clicks and then introduce more as recommended by Joseph Garcia the author of Sign with your Baby – another fantastic resource we enjoyed, particularly his research into early childhood language acquisition. Or should we just introduce signs as we learn then in conversation with our child in the same way we just speak to children. I imagine that families with deaf children don’t just stick to one sign as we don’t just stick to 1 or 2 words until our babies first speak; The jury is still out for me on this one.